I agree. If we have to send MLB and NFL teams to London to play meaningful games that count then it’s time for the Euro top flight soccer leagues do the same thing.

Professional athletes including several NFL and MLB players. Everyones phone started going off and MULTIPLE grown men literally nearly collapsing. Game was cancelled and many left without even cashing out. THAT is how devastating this is.

Or just make players play any position they want. Have DE at QB , RB at MLB just on some crazy shit lol

“There were no survivors in the crash around 10 a.m. local time Sunday, fire officials said in a press conference. The Sikorsky S-76 helicopter crashed under unknown circumstances, a spokesperson from the National Transportation Safety Board told ABC News. Witnesses who were mountain biking in the area saw the helicopter in the distress, Los Angeles County Fire Capt. Tony Imbrenda told reporters. It is not known whether the pilot alerted over radio that the aircraft was in distress, Imbrenda said. It is unclear who the helicopter belonged to or where it originated from and was going to. Firefighters are working on containing the fire that resulted. Bryant was 41 years old. He was drafted to the NBA out of high school and spent his entire 20-year career with the Los Angeles Lakers, winning five NBA championships. LeBron James surpassed Bryant's all-time scoring record on Saturday during the Lakers' game against the Philadelphia 76ers.” {ABC NEWS}

if you love BASEBALL and CRAZY PLAYS, i highly recommend that you follow @longreliever and @bsblegend, i promise you won't regret it! ⚾️💕 - Phillips is hilarious! 😂 - 📸: @dailybaseball

Can’t believe I botched the last meme of this post that bad when I i first posted it, we all make errors at times, sorry guys 🤷🏼‍♂️

He doesn't want it the way

@kobebryant is confirmed among those who died in a helicopter crash this morning. 😔😔😔😔

Witch one would y’all rather watch? And R.I.P Kobe 😔.

@gerritcole45 with his Rawlings, we will see what model he uses this year with the @yankees #baseballgloves #mlb

There has to be a day now that everyone wears 8 or 24 in a game, like how the MLB does for jackie Robinson. The pure respect for Kobe they should do that. Could be this day forward for the rest of time. But he is one of greatest to EVER step on the court 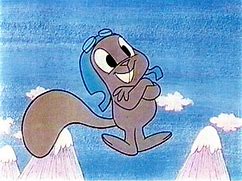 #kobebryant has died in a helicopter crash today😢😭 #legend

Sure do. Not hearing as much about 2018 or the allegations against the Yankees and Dodgers. The “blue blood” teams and MLB have closed ranks. Plus, who’s going to believe accusations by pedo Fiers? /did I do that right?

Lead off stand up Triple ⚾️

We just heard the news and this is absolutely heartbreaking not only as a NBA fan but as a sports fan in general. This is a major loss to the sports community and his legacy will live on forever. Rest In Peace to a legend on and off the court, you will never be forgotten. Kobe Bryant... thank you for everything.

This is tragic loss for the entire sports world and community. RIP Kobe 😭

The NBA should have Kobe Bryant Day. Like the MLB have Jackie Robinson day. . #Kobe #NBAonABC #MambaForever

SIGNED: The Mets have signed P Erasmo Ramirez to a minor-league deal with a non-roster invite to camp. - - - #mets #ErasmoRamirez #mlb #abnmets

R.I.P Kobe Bryant. We lost another legend today. He was considered one of the best for some, and a role model for others. He got the Lakers 5 championships. He is a big part of everybody, and he will be missed😥 - - - - - - - - #nba #nfl #mlb #kobebryant