How many of you actually read it everytime you watch it? I post 3-6 times daily: Times in USA pacific time. Weekdays- 8 am. Weekends- 11am Times vary with extra posts. This is a fan account, a hobby, and a passion project so support of any kind (nice comments, likes, etc.) are super appreciated. May the force be with you! #StarWars #StarWarsCelebration #StarWarsMemes #PrequelMemes #TheRiseOfSkywalker #RiseOfSkywalker #SWCA #Lego #Battlefrontii #Battlefront #BabyYoda #StarWarsArt #JediFallenOrder #GeorgeLucas #Kotor #Revan #LegoStarWars #StarWarsJediFallenOrder #fan #TROS #Skywalker #Reylo #DaisyRidley #MarkHamill #CarrieFisher #Rey #Movie #TheMandalorian

George Lucas didn’t have much money to do the first movie. He struggled to get it done. He gave up the director title to Irvin Kerschner. Made a huge diff. The colors of the backgrounds made the movie.

“Hey I really like the color of your car man, what is that, sort of a cross between piss yellow and puke green aint it?” #harrisonford #paullemat #mackenziephillips #georgelucas

many thanks to @DuaneKing for finding this curious George Lucas rarity and sharing it.

This feels like a George Lucas addition and it scares me.

With all the sword & sorcery movies in the 80s, it was only the time a family friendly big budged one would be made, thankfully it was written byt George Lucas and directed by Ron Howard, that's why Willow takes the place 3 Also, the young Val Kilmer sword fighting 9/10

Gunship crash scene. Here we have the 212th attack battalion digging into defensive positions after their gunship was shot down and crash landed in deep snow. I decided to take advantage of the snow that came recently and took some more shots with more of my collection. I really like how the pictures turned out and I hope to get more cool figures to create a more diverse array of posts to share. - ~ ~ ~ #starwars #clonewars #clonewarssaved #clone #clonetrooper #501stlegion #captainrex #lucasfilm #disney #phantommenace #attackoftheclones #revengeofthesith #rogueone #mandalorian #babyyoda #themandalorian #disney #georgelucas #revengeofthesith #returnofthejedi #stormtrooper #imperialnavy #imperialarmy -

It is always an honor to be listed amongst all the fantastic artists that work on the sets for Topps. . RotJ black and white hits stores this Wednesday. I have 3 APs, two of which will be for sale. . @ryanolsenstudios . #art #artist #atc #aceo #starwars #starwarsfanart #starwarsart #topps #rotj #returnonfthejedi #riseofskywalker #blackandwhite #ink #inkdrawing #fanart #connecticut #80s #2020 #roaring20s #collectibles #ewok #wish #heyy #pendrawing #artistsoftheday #artistoninstagram #sketchcard #disney #georgelucas #scifi

Ahhhh so this is where #georgelucas got the idea for #tatooine 🧟‍♂️✨🪐

Haha it is what George Lucas based the character on. Grapefruit-ing.

Who is your favorite skywalker and why? I post 3-6 times daily: Times in USA pacific time. Weekdays- 8 am. Weekends- 11am Times vary with extra posts. This is a fan account, a hobby, and a passion project so support of any kind (nice comments, likes, etc.) are super appreciated. May the force be with you! #StarWars #StarWarsCelebration #StarWarsMemes #PrequelMemes #TheRiseOfSkywalker #RiseOfSkywalker #SWCA #Lego #Battlefrontii #Battlefront #BabyYoda #StarWarsArt #JediFallenOrder #GeorgeLucas #Kotor #Revan #LegoStarWars #StarWarsJediFallenOrder #fan #TROS #Skywalker #Reylo #DaisyRidley #MarkHamill #CarrieFisher #Rey #Movie #TheMandalorian

Another recent first time watch: THX 1138. I grew up watching 70s/80s sci fi thanks to my dad but George Lucas’s tinkering with CGI in the updated version (the only version available on @criterioncollection) was super evident and almost makes it more dated than it is? Would’ve loved to see the original 1971 version for comparison. Otherwise I’m glad to finally knock this off my watchlist! #georgelucas #thx1138 #criterioncollection #movies #film

I don’t think Tyler Perry has an agenda out against black women, I just think he found a winning formula with his audience and stuck to it over and over. I don’t hear anyone asking George Lucas to stop making Star Wars movies his entire career.

About time that I went to the theathers to see Star Wars the Rise of Skywalker.... I mean come on this is a movie you just have to see in the cinema! #starwars #starwarstheriseofskywalker #lukeskywalker #darthvader #chewbacca #rey #kyloren #obiwankenobi #r2d2 #c3po #moviegeek #starwarssaga #lucasfilms #georgelucas

George Lucas on the set of season 2 of The Mandalorian. ➡️Do you like that George is getting more involved with Star Wars again? . . . . . . . . . . . #starwars#babyyoda#thechild#themandalorian#mandalorian#lucasfilm#disney#disneyplus#georgelucas#film#movie#cinema#jedi

Flashback Review | Rating: 9.2/10 🎰⚔️⛰️ • Synopsis: Luke Skywalker's peaceful and solitary existence gets upended when he encounters Rey, a young woman who shows strong signs of the Force. Her desire to learn the ways of the Jedi forces Luke to make a decision that changes their lives forever. Meanwhile, Kylo Ren and General Hux lead the First Order in an all-out assault against Leia and the Resistance for supremacy of the galaxy. • Review: The movie that divided the Star Wars fanbase, and showed how cruel people can be if they don't get what they want. It's sad to see what this did, but I am happy to say that this is one of the best Star Wars films ever made. Rian Johnson had the balls to defy almost everything we know, and it pays off. We get to see a side of the force we've never seen. Rey becomes a much more appealing character in this film as her and Kylo's arcs collide with each other. It's a close call between this and 'Rogue One' on which has the best cinematography; nonetheless, 'The Last Jedi' is one of the best shot Star Wars films. Seeing that the planet Crait bleeds in battle was genius. Luke also joins the cast and I loved his story leading to his send off. We get to see that his journey began looking over the horizon, as did it end that way. Now yes, there are problems with the film as well: Rose Tico isn't the most likeable character, and the minor plot on the casino planet could've been cut short; I also don't understand why Holdo would hide information from Poe; Lastly, some characters had wasted potential. Other than these few reasons, the film is a breathtaking, fresh take on the Star Wars universe. • One emoji to describe the film - 🤗 • What would you rate 'Star Wars: Episode VIII - The Last Jedi' 1-10?👇💬 #quickreviews

Brilliant. George Lucas is definitely making sure his museum has every aspect of film making in it!

So here's the different: I'll always be irritated with George Lucas because, in those darn prequels, he told the story so poorly. Great story; he mucked up the telling. But I will never forgive Abrams, because he took the story, 40 yrs in the making, & chucked it out the window.

One of my personal favorite accounts on Instagram is @attackpatterndelta74. He’s got an AMAZING treasure trove of behind the scenes photos of not only Star Wars, but other Lucasfilm and “Lucasfilm-adjacent” projects. This isn’t one of his, but just a random image of the man himself, George Lucas with the makings of what perhaps may be our favorite astromech droid, R2-D2. Never a bad time to post a little George Lucas, and what USED to be (and regardless of what @disney @disneystudios and @lucasfilm say, still IS) #starwars #starwars77 #starwars77to83 #georgelucas #astromech #astromechdroid #astromechdroids #astromechdroidlove #beforethedarktimes #starwarsbeforedisney #anewhope #episodeiv #episodeivanewhope #starwarsepisodeiv #starwarsepisodeivanewhope 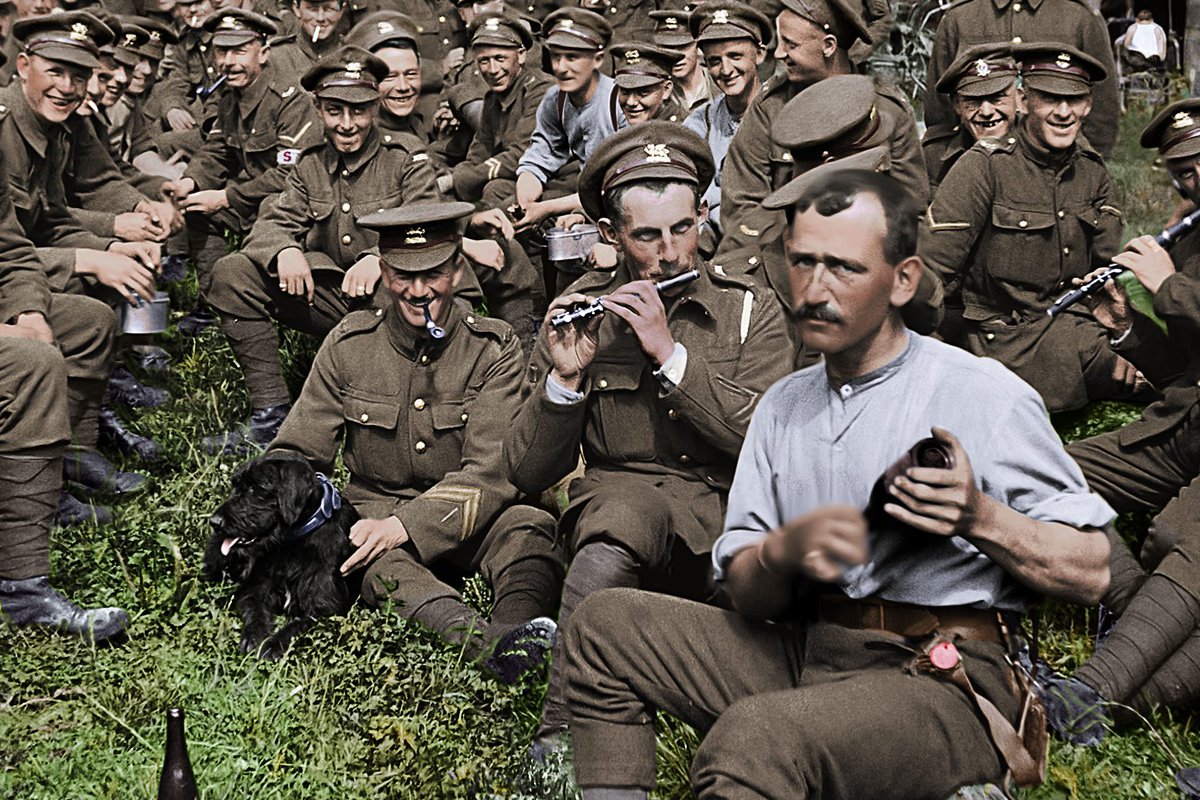 “They Shall Not Grow Old”. Watching Peter Jackson tinker with WW1 is like watching George Lucas tinker with “Star Wars”. Only way more offensive. pic.twitter.com/PkteSrh9tR

this attitude has slowly crept into films as well, where films keep being re-released with slightly different editing and effects and supplanting older versions (thanks, George Lucas!). director's cuts and the like are the latest development of the same grift

Hey everybody! Here's just some more stuff I picked up yesterday from Walmart and let's just say I'm really siked for these two new sets I got! The set with young luke and obi-wan is from A New Hope. The second set is from The Rise Of Skywalker with his cracked helmet + my own Cape I put on him.😁 #lego #starwars #georgelucas #markhamill #lukeskywalker #kyloren # adamdriver